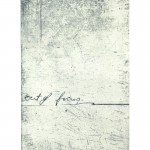 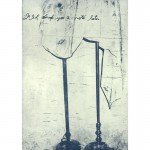 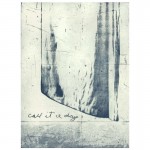 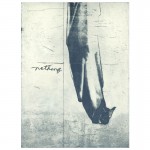 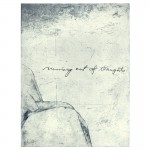 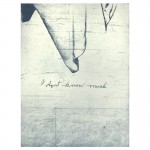 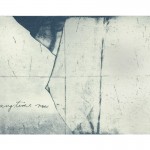 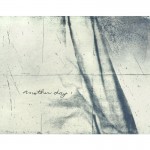 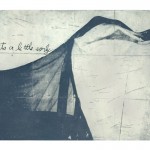 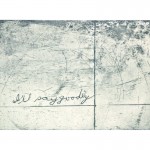 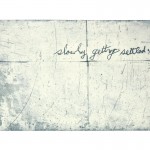 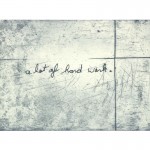 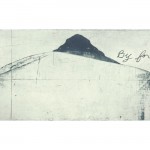 In late 2001, I was becoming cognizant that change was essential to reinvigorating my work since it was evident the historical era I had been referencing was concluding. My ties to an agrarian past were disintegrating as family farms were merged and incorporated; prairie grain elevators were leveled for inland terminals; and my father, a retired farmer, succumbed to cancer. During our separation as I moved from Saskatchewan to Illinois to Oregon, we wrote each other frequently. Following his death in 2002, I poured myself into a body of work in his memory that resulted in Elegy. Using his handwriting and images of draped furniture taken while cleaning and clearing my parents’ home, I began a painful but satisfying reconciliation of image and word. I chose vague text from his letters and purposely dislocated it, addressing broader contexts than his original messages’ intentions. Words and phrases such as “nothing” and “a lot of hard work” leaned toward the universal rather than the personal, although the handwritten text with concealed drapery hinted at the contrary.